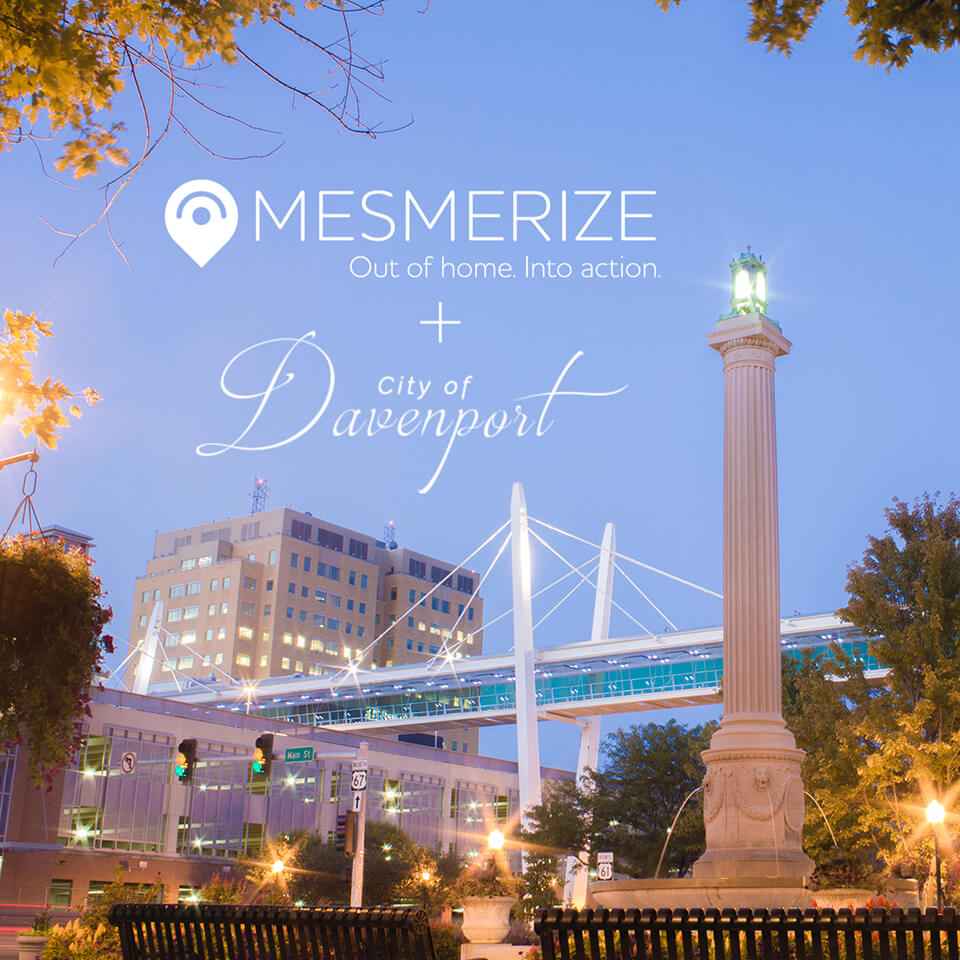 Mesmerize, a national leader in transit, point-of-care, and place-based out-of-home advertising, announced today the expansion of its transit advertising portfolio with a new partnership with Davenport CitiBus. Mesmerize will work with CitiBus to sell both the exterior and interior bus signage as well as bus shelter signage on an exclusive basis for the next three years. Mesmerize also represents MetroLINK in Moline.

“Mesmerize is excited to be named the exclusive advertising partner for the city of Davenport, Iowa, furthering our transit advertising capabilities in the Quad Cities,” said Gregory Leibert, CEO of Mesmerize. “With this new partnership, Mesmerize adds to its growing portfolio of transit advertising partners in the Midwest and Southern United States, as we continue to focus on rapid national expansion of our transit footprint.”

CitiBus also looks forward to the partnership generating interest in their Smart Cards, an easy, convenient way to pay the CitiBus Rider Fare. Smart Cards can be purchased at Davenport City Hall (226 W 4th St.) or Ground Transportation Center (300 W River Dr.), and are pre-loaded with either 10 rides, 30-day unlimited fare, or a specific dollar amount. The cards can be used over and over again by waving them in front of the fare box and can be reloaded either online or at the locations above.

Read the full article in the Quad-City Times here.

How can we help you with your advertising campaign?

We at Mesmerize are ready to collaborate and help you achieve your marketing goals across the country. Let's talk!

Contact Us
Ready to start your next project? Drop us a line or stop by our office. We are open for creative minds and collaborations!

Thank you! Your submission has been received!
Sorry, an error occurred. Please try again or try in another browser.